The 24-minute documentary is available for free viewing online, directly from the Artscape Website until 31 August 2021 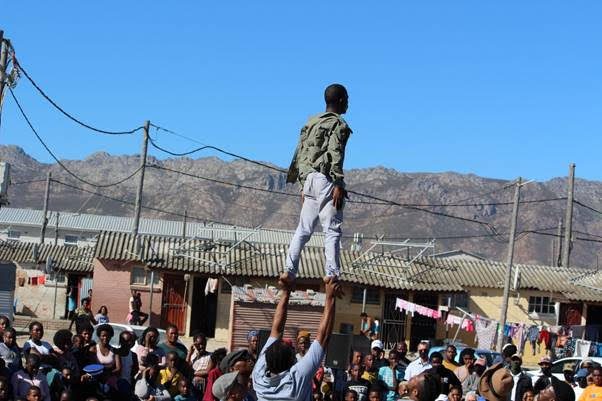 Your invitation to watch the documentary of the creative journey behind the making of …. “Locked Doors, Behind Doors”

Featuring Sbonakaliso Ndaba, and the dancers of the Indoni Dance Arts & Leadership Academy, the documentary is directed by Andile Pakade of Mandala Films and presented by Artscape and the City of Cape Town as part of the 15th edition of the Artscape Woman’s Humanity Arts Festival.

It takes audiences deeper into the workings of a uniquely South African dance company that performs in the African Contemporary genre. The production dives back through history, acknowledging the generations whose sacrifices helped to forge the nation that is South Africa.

Filming for the documentary took place throughout the creative journey and at the full rehearsal at the site on April 30th. This was followed by the first and only performance to date of “Locked Doors, Behind Doors” on May 1st in front of Hostel 33 at Lwandle Migrant Labour Museum. The performance formed part of the 21st-anniversary celebrations of the museum.

A future season featuring the full performance of “Locked Doors, Behind Doors” is scheduled for the Artscape Centre in February 2022

The creation and performance of “Locked Doors, Behind Doors”, has been developed in partnership with the Goethe-Institut South Africa as part of the Goethe-Institut Project Space (GPS), together with additional funding from BASA, Temo, and the Department of Sports, Arts, and Culture’s Presidential Employment Stimulus Programme Stream 2 funding via the NAC.

Composed and directed by Elvis Sibeko, Dance can Dance reopens at the Artscape Opera House. This short season will run from 10 – 11 September and features a host of exciting choreographers including Sbonakaliso Ndaba, our Artistic Director.

This is your chance to see Indoni Dance live on stage again!

They are among the special guest artists who have been given the wonderful opportunity to appear with the Philharmonic Orchestra.