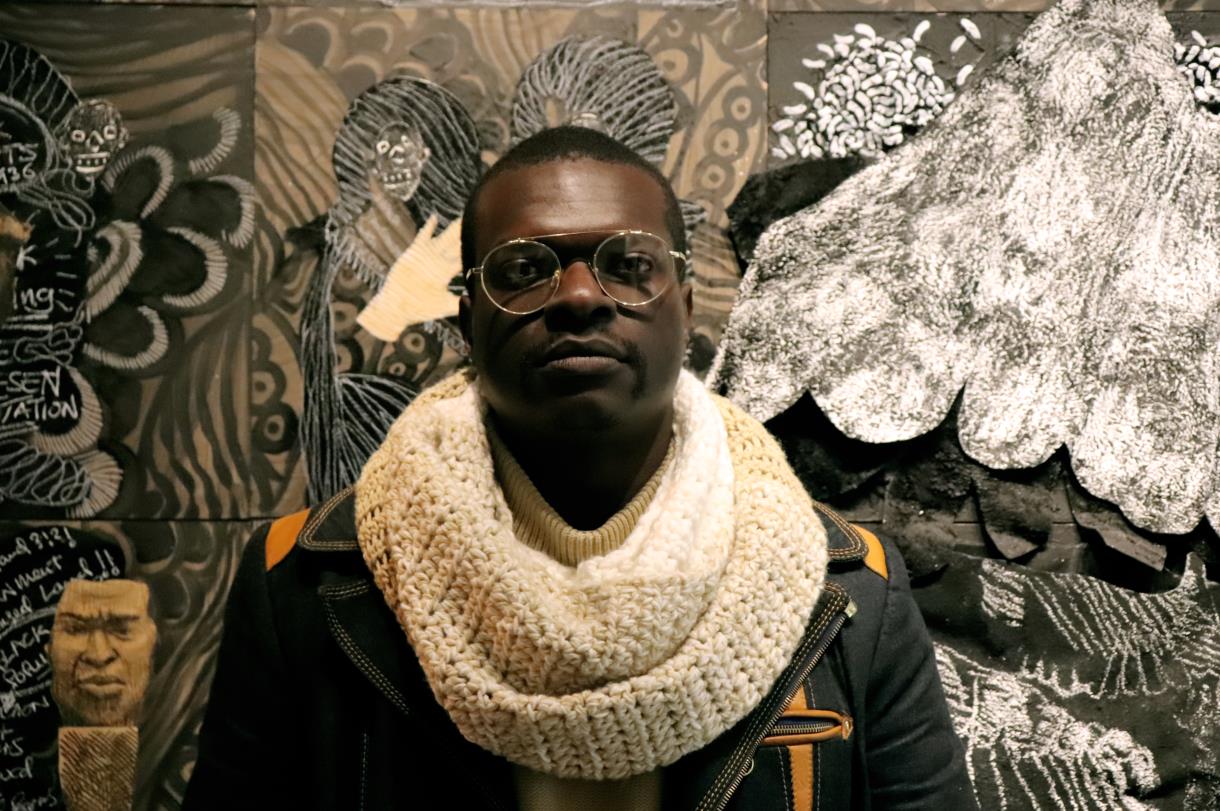 In the last twenty years, Muchatuta has emerged as a fiery, passionate and undaunted visual artist who is determined to use his platform as a means of change and discourse in our contemporary context. Hailing from Zimbabwe, Ronald explores potentially Zimbabwe’s largest social issue: the Diaspora. Through his work, Ronald examines the effect of leaving one’s homeland physically, spiritually and psychologically.

For Ronald, art is a means of communication and connection: an inherently social and political dialogue that is engaged by the creator and the viewer. Art gives important context to our individual and collective lives. His work is fraught and harrowing – like a people’s collective nervous breakdown translated onto a canvas. These foreboding themes come from Ronald’s own context: a Zimbabwean, his dialogues revolve around the contemporary issues facing the people of Southern Africa – migration, identity politics, post-colonialism and discrimination.

As such, his work is strongly influenced by the act of displacement and the relationship between exiles and migrants and their homelands. Ronald works across different mediums including illustration, painting, collage and mosaics. At an early age, he began to explore pottery and mosaics, two disciplines that would influence his later artworks in his quest to make them relatable, tactile and evocative.

Ronald’s artworks grace numerous private, public and corporate collections including The Spier collection, Hollard, Board members of the Museum of Modern Art (New York), Nandos – fine art collection, US Senate offices and others based in Africa and abroad. He has participated in numerous exhibitions in Africa and internationally including the Stellenbosch Triennale and is often invited to participate in dialogues around issues of pertinence to art and Africa.

Muchatuta is represented by The Melrose Gallery.