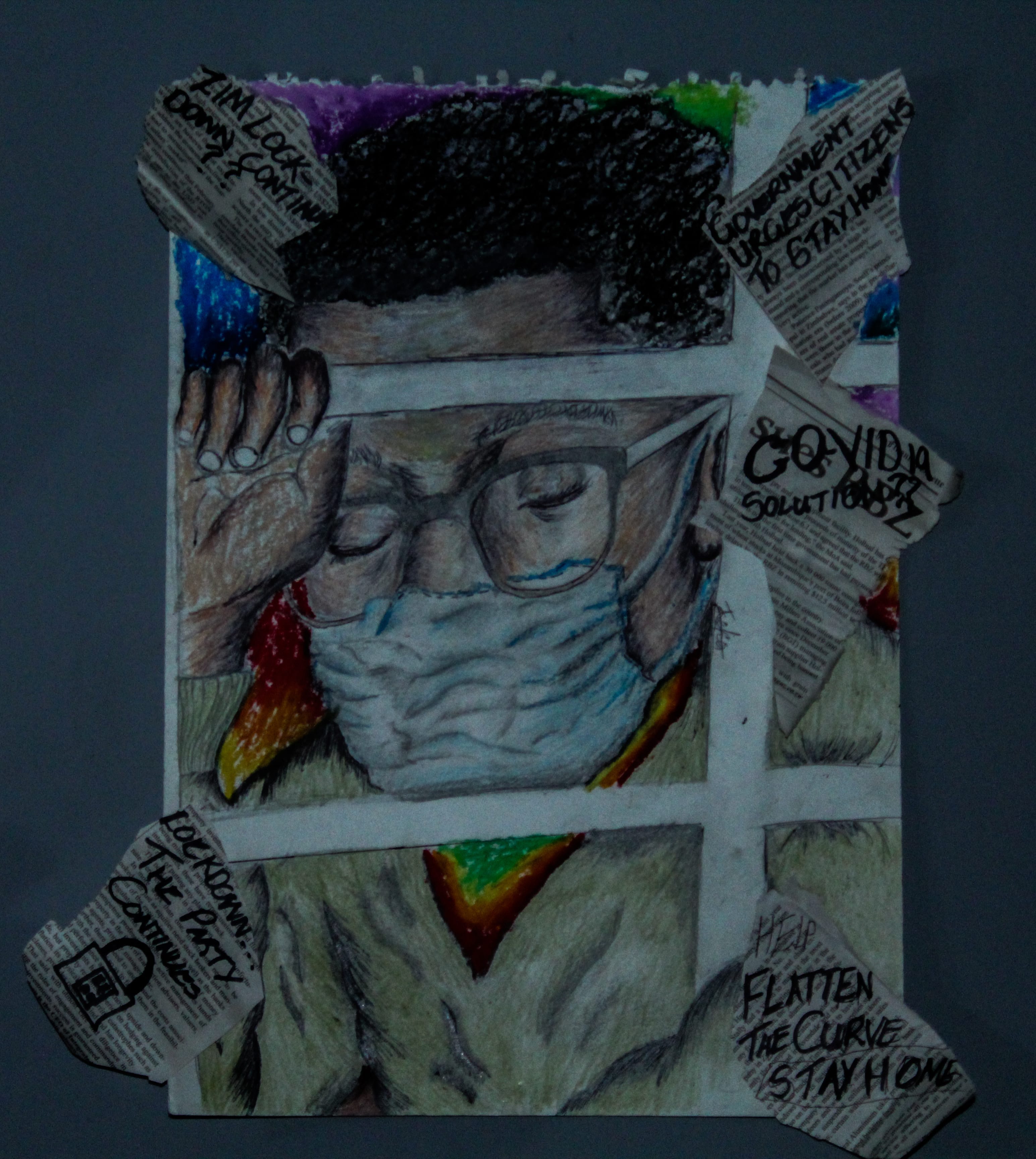 In this piece I wanted to depict the emotions that all creatives have had in times of controversy such as the current pandemic. I wanted to show that confinement makes creativity void and tend to leave us feeling down. The negative news that we hear of may even further strain our state of being. The various lock-down procedures may have triggered fear in many and in artists it may have caused a nostalgic  feeling of what they would do in their normal day to day lives but have been largely impacted by the effects of CO-VID 19.

4th February 2022
We use cookies to ensure that we give you the best experience on our website. If you continue to use this site we will assume that you are happy with it.AcceptPrivacy Policy