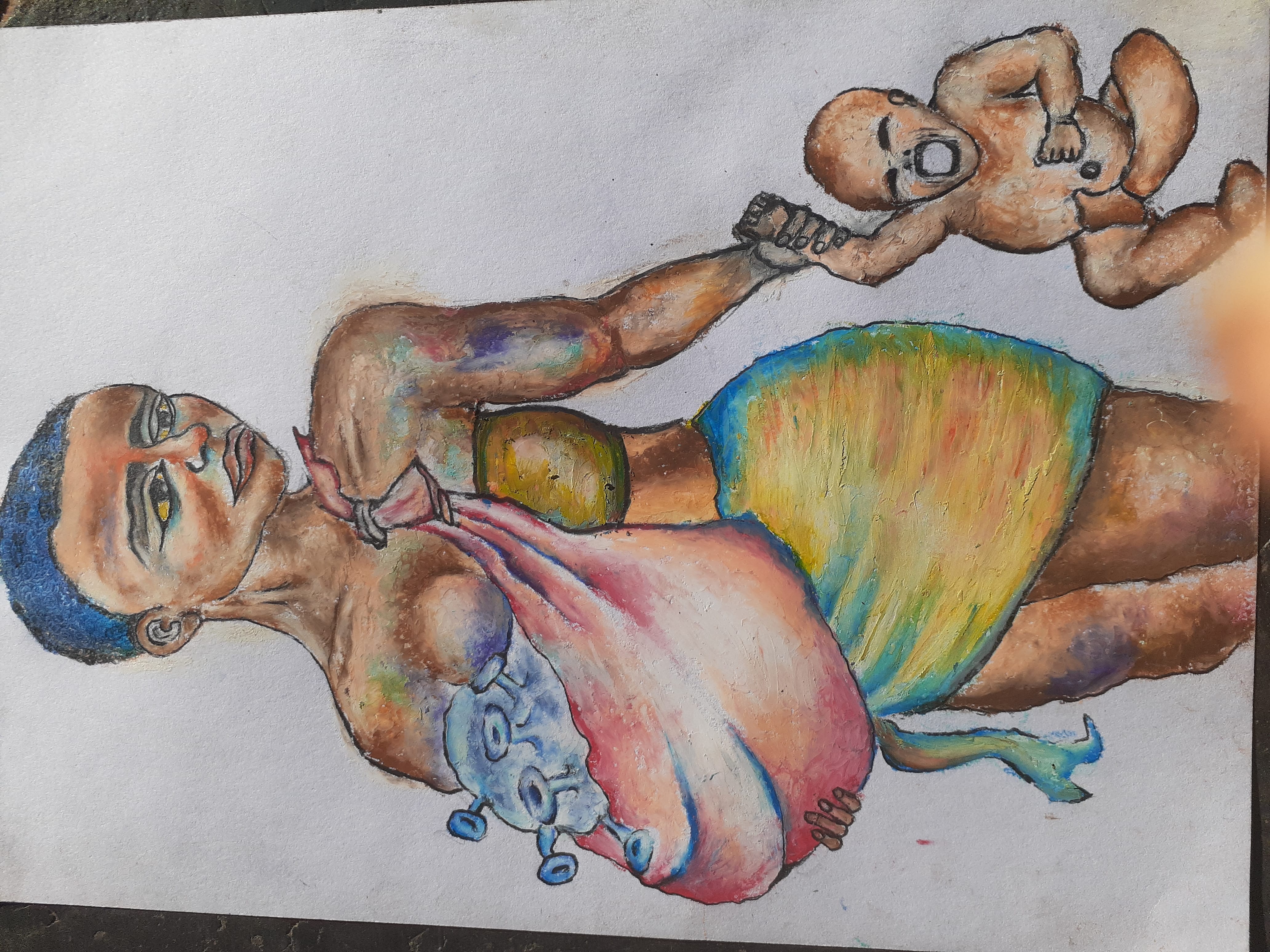 The Coronavirus that was discovered first in China, December 2019, has spread worldwide and affected different countries in various negative ways. One aspect that has suffered tremendously is the economy, the precaution measures put in place namely the lockdown to maintain social distancing, inhibit the masses from generating their maximum income, quite possibly just the minimum. Different classes of society are attempting to be resilient by stocking up food and essentials but are failing dismally. Hyperinflation is taking its turn as businessmen and women identify this as an opportunity to penetrate the market.

The illustration depicts an accurate state of the coronavirus overtaking the economy in our society along with the reaction of the population. An African woman is known to carry their child up close so that they can feed whenever they wish to, an accurate portrayal of the relationship between the economy and the population. In this case, the illustration shows a caricature of a virus has taken the child’s place, this is the representation of the coronavirus, in the world today, feeding off(suckling a breast) our economy which is represented by the female figure. This child that the coronavirus replaced is the representation of the population.

The reaction portrayed depicts the animosity or resentment the population has towards the virus. The child is presented naked to show how the virus has deprived the population of its essentials, security and comfort. Contact between the mother and its child is minimized to show that the economy is no longer controlled by the population, the virus has taken over. The reaction embedded in the face of the female figure exudes hurt and misery, this represents the crashing economy due to the virus, it shows much worry it has due to how sooner than later it will not be able to support the population.

6th May 2022
We use cookies to ensure that we give you the best experience on our website. If you continue to use this site we will assume that you are happy with it.AcceptPrivacy Policy