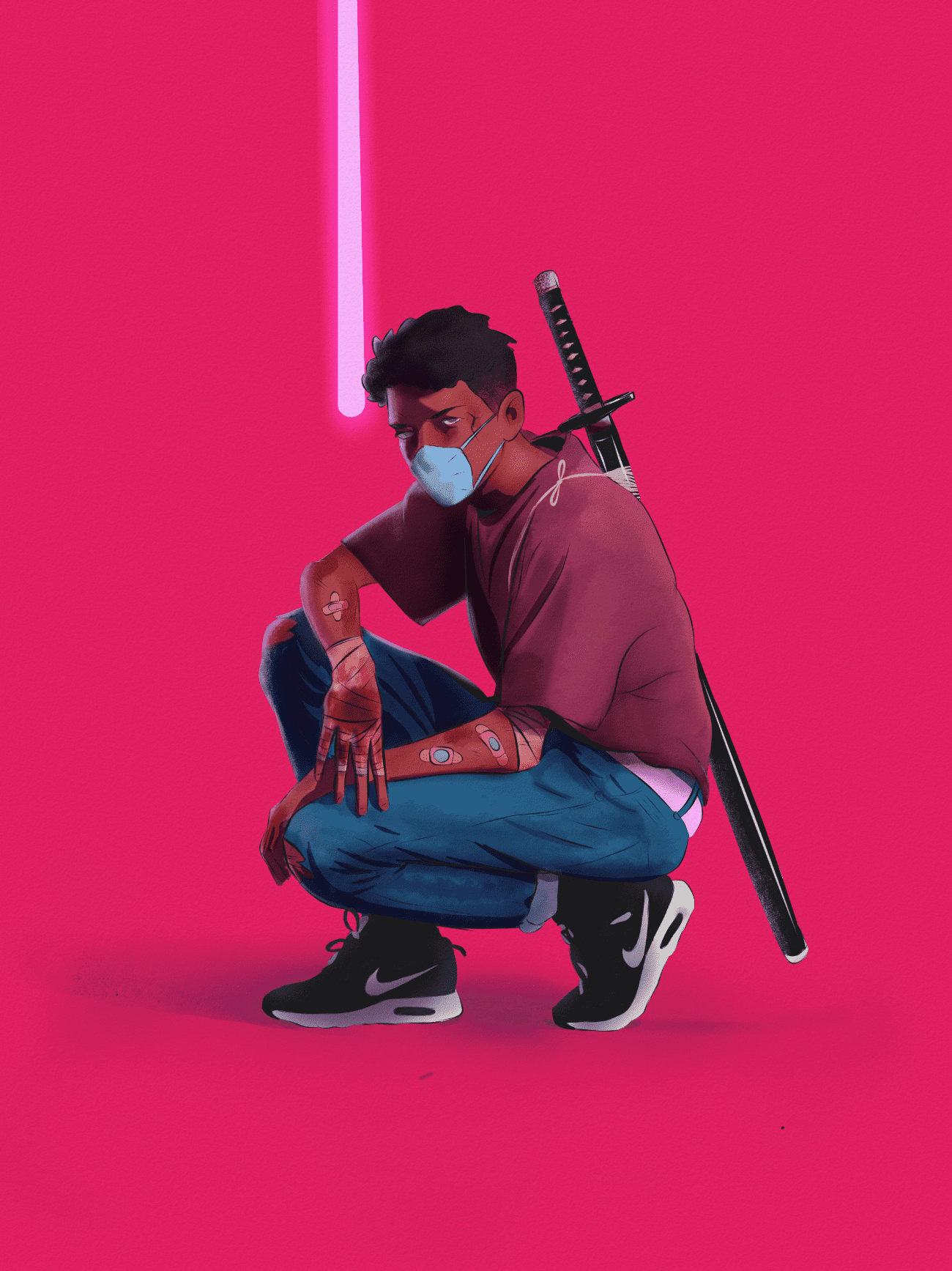 In a matter of months, the world has stood still, lives have changed and nothing will ever be the same again. We never saw it coming, we made memes about world war 3 not and probably thought we are going to live in some apocalyptic world damaged by nukes and hate but instead the world waged war with an unseen enemy.

And now ordinary people have become soldiers against this invisible enemy no matter the age, we are required to wash our hands, cough or sneeze on a flexed elbow and keep our distance or just stay @home, health workers have become frontline warriors sacrificing time, their lives, their mentality and possibly their souls.

My piece illustrates how COVID19 has affected the world like the band-aids and the bandages on the arms symbolising how humanity has been wounded economically, socially, spiritually, mentally and physically.

The face mask shows how now it’s becoming a norm for most countries to wear a mask to avoid spreading the disease since everyone is a possible suspect, the blood on the bandages symbolises all the lives that have been lost in this great war.

I chose the Japanese sword (katana) to symbolise how everyone has become a warrior in this war whether we like it or not we must fight to we see victory, the outfit is of retro pop culture which supposed to represent how we are in apocalyptic time but not the one media made us thought it would be.

Lastly, I would like to say despite the chaos art has been one of the things that have helped to cope with the crisis, challenging those of us who are in stuck @ home, giving us hope, encouraging, humouring us and opening up to us new possibilities, all this which is symbolised by the light shining in the background coming from the top knowing there’s still hope, we will merge victorious, we will live again, but for the moment we must brace ourselves and be brave