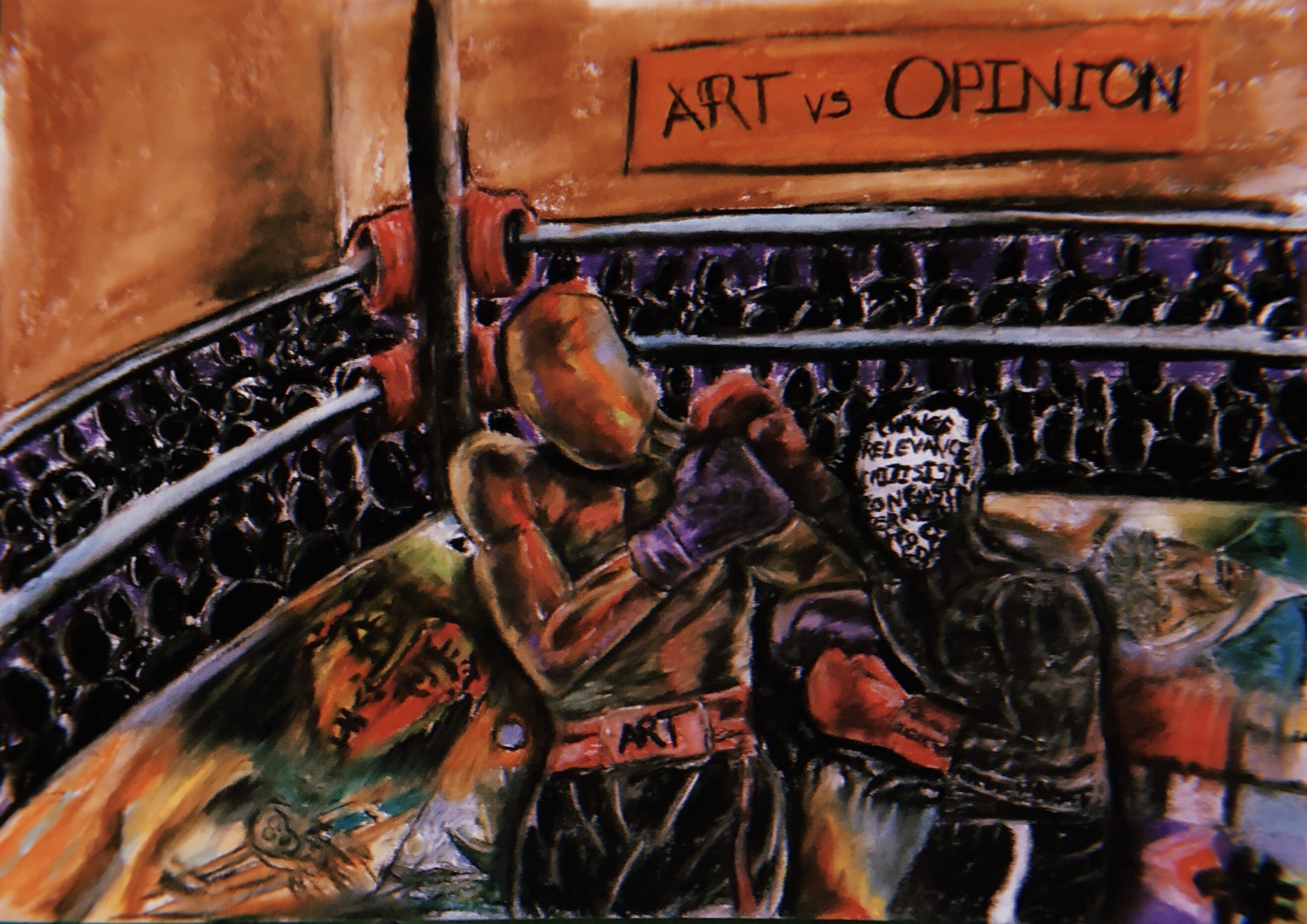 In this artwork, I depict the resilience of art By depicting art as a  colourful competitor, a competitor that doesn’t mind getting in the ring with different perspectives and facing them head-on in the ring Hence the two people on the ring.

The ring is comprised by artworks That those two figures are standing on, to symbolise how the foundation of our being relied critically on visual pictures To guide us, spark a conversation or even bring some form of therapeutic healing but instead we overlook them, we fight over them, we deem them relevant or irrelevant we compare instead of appreciating this gift that has been part of the human being since the beginning of time.

I just wanted to show that art can go through the bunches of opinion and ignorance but still, it still remorf to its stature, time can pass by but art still remains inevitable.

Art is the resilient fighter in this ring of life with people who will try to deny its power and have people routing for it too.