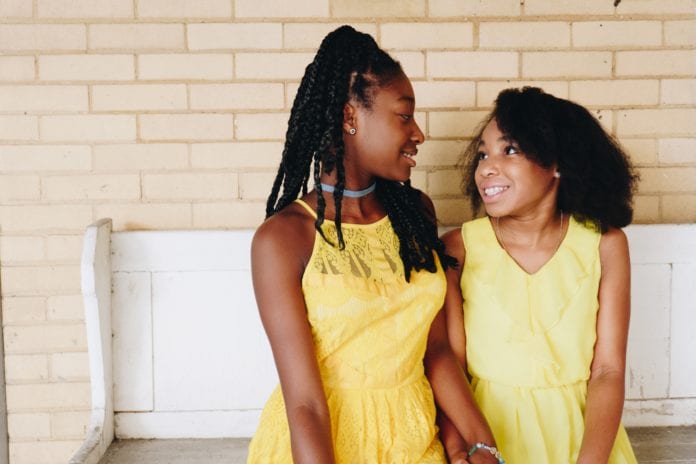 It is often said that “women are each other’s worst enemies”, and I have tried not to buy into that school of thought. There are all sorts of theories about how women suffer from the PHD (pull her down) syndrome , how women can never work together, how women bosses are just nasty especially to their fellow women subordinates….but I have tried not to subscribe to any of these.

I know a lot of strong, successful, intelligent, powerful, phenomenal women, who are not at all threatened by another sister, and in fact are always on the lookout for other women needing help, mentorship, motivation, uplifting…I would rather focus on this type of woman who exudes positive energy.

However I am really saddened by the increase in the number of stories trending on social media that put us women to shame. Don’t get me wrong, I am not condoning adultery, but my worry rather is its portrayal as a “one woman affair”, excuse the pun. When an adulterous relationship happens, there is no doubt that two people are involved, well ordinarily, a man and a woman, mostly.

Events in recent weeks on social media however point to the fact that it is usually the woman who has to bear the brunt of all the shame, the name- calling, and in some cases, the physical assault. What is even more alarming is that it is us women doing that to abi’yedu. Why though? Why do we revel in another sister’s hurt and pain? Yes, we probably all have been victims of cheating husbands and men, but ummmm asikana, zvekutenga nyaya hatisi taakuzvinyaya?

Whenever such a story appears on social media, half the time the picture we see of the adulterer is the female, hardly the man, and the loudest and wildest jeers come from fellow women. A lot of us have such bitterness and venom in us, due to the experiences that we also may have gone through at the hands of men, but does that warrant us spitting that vitriol on another woman? Sadly, most of the time , we do not even bother to understand the full story.

This venom, this bitterness will consume you my sister. You can’t hate just for the sake of hating, yes she hurt another woman, and (again do you know the circumstances? Maybe she was lied to), but she is not the same one who ended your marriage, learn to separate issues, because truth be told, insulting, mocking, jeering at this one will not bring your man back!

These men will always play us against each other, they always emerge the winners, and we let them! No we aren’t always in competition, but let us be honest, how many times have we come across a post of a man who was caught red- handed, and all the men are pouring out their scorn on him?

Not often! And it is not because they cannot see that he really behaved like an idiot…they do! They just have an unwritten and unspoken brotherhood creed which I absolutely admire! They are not just threatened by the next man, just because, they will protect each other even f they don’t KNOW this man, or they simply mind their own business!

This life we live is like a wheel, it is constantly turning. There is no telling which part will be at the top or bottom at which point, so please take note. None of us is perfect, and yes I will reiterate, adultery is not on, I will not even justify it. All I am saying is, let us not judge too harshly my sisters, and let us not resort to violence, physical or verbal.

I watch these videos, and follow these posts on social media, and I must admit, some of them have left me feeling very ashamed to be a woman! Yes we love our men, and yes we hurt when they cheat on us, but is our anger not misdirected? Is it not your dog you need to put on a leash instead? The one that particularly broke my heart was of the woman whose head was being hit using a hammer….imika??

All for a man?! But what was even more disturbing was the fact that there were kids watching this horrific gruesome act, what kind of mother are you, really, to expose poor innocent souls to such? What kind of adults will these kids become? I shudder to think it….

It is so wrong on every level to let a man define you to such an extent, that you lose all sense and sensibility! Ko akati haachakuda? I can only imagine what he goes through with such a violent woman…… then wotsamwa kana anotsvaga happiness elsewhere? Itayi mushe askana! What good will it be when you then get convicted of assault or something even worse, then you have to do time and push your man right into the arms of that woman?

Chawagona hapana! Let us be each other’s keeper as women….let us see everything wrong with a scenario where only one of our own is exposed as the adulterer, as if she was alone in that relationship! Let us not be the ones to pour petrol onto this raging fire. This could be your own sister, daughter, or even mother, or YOU, in a moment of weakness, who has erred like all of us do, because she is human, just like you. Do you not think she feels ashamed enough as it is? So why and how do you derive pleasure in rubbing her nose in it? How does that make you feel better?

Aaaaaah my heart bleeds. The hatred is just too much my sisters! Can we stop it already! Learn to turn down invitations to hate parties askana, and stop dishing those out too, we are sooo tired of them! I pray that as women, we begin to have divine strength and wisdom, to understand that not every woman is in competition with you, or is out to get you.

It is important too, to accept reality, much as it hurts, that your relationship with that man is over, and no amount of assault or insults on the other woman will restore it. This tearing each other down on social media makes us a laughing stock, we are definitely better than this! Mind your own business, tiite mushe asikana

18th June 2020
We use cookies to ensure that we give you the best experience on our website. If you continue to use this site we will assume that you are happy with it.AcceptPrivacy Policy