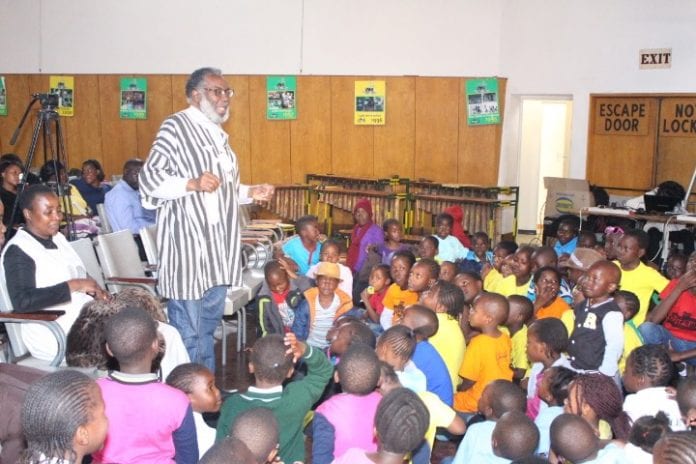 The lion of Gutu, Stephen Joel Chifunyise, Shumba Sipambi is no more. At around 18:30 hrs on Monday 5 August 2019, Stephen peacefully succumbed after a brave battle with cancer at his home, surrounded by his family. Seemingly like a great choreography, Stephen “decided to rest.” He was 70 at the time of his death.

Eulogies will now flow in from all over the world, such was the man’s influence as an educationist, an arts administrator, an actor, dancer, cultural and policy expert, playwright, sports man, father, grandfather, friend and mentor to many. Stephen represented the best of whatever he had set his mind at yet remained humble, good humored and accommodating regardless of who sought his counsel or friendship. Stephen was equally comfortable among artists whom he regarded as his peers, government  ministers and other officials when he was director of arts and culture and when he was permanent secretary for the Ministry of Education, Arts, Sports and Culture. He was at home in the vaunted environs of leading world bodies such as UNESCO where he was a respected expert on culture, heritage, conventions and policies.

It is to his credit that through his generosity, Stephen has left a colossal legacy as a globally celebrated playwright with a remarkable output of performed and published plays which are over 70. Under his aegis, the Mbende Jerusarema dance was declared an intangible cultural heritage. In the 1980s, Stephen played a leading role in the introduction of Theater for Development in Zimbabwe.  At the same time, he together with another iconic late figure Ngugi wa Mirii and friends, was instrumental in the formation of the Zimbabwe Association of Community Theatres (ZACT) which saw an exponential growth of community theatre in many of Zimbabwe’s high density suburbs. Stephen J Chifunyise was Chairman of the 1st Frontline Film Festival which culminated into the Southern African Film Festival.

Together with his long time friend and theatre accomplice, Robert Mclaren, they set up the vibrant CHIPAWO which is a safe, creative space for children and young people. Many generations of Zimbabwean creatives have been incubated at CHIPAWO.

Stephen Chifunyise dedicated his life to his craft, his culture and his African people. Beginning in Zimbabwe to Zambia and the rest of the world, the man meant different things to different people. He was a fountain of knowledge and wisdom. As the lion roars no more, let us celebrate his life and the many gifts he has left us for that is the best way he would want us to remember and honor him. Stephen’s wake is at 41 Edinburgh Road, Vainona, Harare.