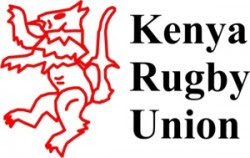 Kenya Simbas are into the first week of training for the upcoming repechage that will be played in November in Marseille, France.

The Simbas, under assistant coach Dominique Habimana, have been doing gym sessions since Monday with ball work set to start in a few weeks.

One group is training in Nairobi while another group is in Kakamega, home to 2016 Kenya Cup champions Kabras Sugar.

“It’s good we have two groups. Everyone has come in and they are putting in the work and it’s looking good so far,” said Habimana after Tuesday’s gym session in Nairobi.

“They are training in Kakamega just for convenience and then we all convene together when we go to the pitch. Even here in Nairobi we have 6.30am group and another one at 7.30am due to different schedules.”

“We will be in Europe for the tournament and if there is one thing the Simba has proven over the years is we can adapt to all kind of challenges adverse conditions are not new to us we will go train anywhere and play anywhere.”

Those training in Kakamega are Joseph Odero, Coleman Were, Andrew Chogo and flanker George Nyambua all who are Kabras Sugar contracted players.

The Simbas management has recruited four Kenya Sevens players to join their team mate Willy Ambaka who joined during the Africa Gold Cup and went ahead to score in the matches against Tunisia and Namibia.

Backrow Andrew Amonde, who captained Kenya 7s at Rio 2016 and has won back to back local league with KCB Rc, Utility Dennis Ombachi, who scored the try that sent Kenya to the Olympics, fly-half Sammy Oliech of Nairobi based Impala Saracens and winger Nelson Oyoo of Top Fry Nakuru are the Sevens players who have joined the Simbas.

“We looked at some specific positions where we thought they could be useful reinforcements so that’s basically why they are here,” assistant coach Dominique Habimana said.

Kenya Simbas will play Germany, Canada and Hong Kong in France with the winner of the round robin tournament set to earn the last ticket to the 2019 Rugby World Cup. The winner will head to pool B that has New Zealand, South Africa, Italy and Namibia.

“The administration is working on some friendlies both here and elsewhere and we are waiting for them to finalize then we go.”

Earlier in the season, The Simbas went to Mt.Kenya for a week-long camp and Habimana says that remains in plan between now and November.

“There is also another formula we are working with the British Army to reduce on the amount of travelling the team does maybe we can meet them or they can come. We have a very good relationship with them and we just look at logistics of everything.”

Head Coach Ian Snook returns to Nairobi on September 20 from his home in New Zealand where he has been his holiday.

Kenya qualified for repechage by virtue of finishing second in the 2018 Africa Gold Cup that ended with a 53-28 defeat to Namibia in August.